Yet the Pope does some good things...

“They will say to us, finally, that John Paul II is calling for a Marian Year, he publishes letters that are not bad.... Well, let us reread the encyclical Pascendi by Pope Pius X; in essence he says: This is what the modernists are like. You read one page. It is perfect, rigorous, excellent orthodoxy. You turn the page, and this one is no longer in conformity with the doctrine of the Catholic Church at all; it is diametrically opposed to the Magisterium of the Church.

That is typically modernist.

There are two men in the modernist: the one who calls himself Catholic and the one who calls himself modern, with the world’s ideas, with the world. There are always two faces, two thoughts, two souls, as it were.... Paul VI was just like that: a man with two faces, with two minds. The same with John Paul II. Sometimes what he says or does is not bad, sometimes it is quite the contrary, it is downright modernist. One cannot count on men like that.

“Therefore I think, given the impossibility of reaching the pope, morally speaking, and given the necessity of continuing the Catholic priesthood, that this may be a demand of Providence.”

In the presence of his listeners, His Excellency asked the questions that are most often raised concerning that possibility, and he gave the answers. Here they are:

Q. Will the bishops consecrated against Rome’s wishes necessarily be schismatic?

Q. Do you consider the current pope as unfaithful?

A. In the sense of infidelity to his primary duty, which is to preserve his brothers in the Faith: yes. Not only does he not preserve their faith, but he also leads them astray from it.

Q. Implicitly it seems that you are a “sedevacantist”....

A. No, just because I say that the pope is unfaithful to his duty does not mean that I say that there is no longer a pope, or that I am saying that he is formally a heretic. I think that the men in present-day Rome and those who are under their influence, like the bishops, must be judged as Pope Pius IX and St. Pius X considered the liberals and the modernists.

Q. How did they consider them?

A. Pope Pius IX condemned liberal Catholics. He even made that terrible remark: “Liberal Catholics are the worst enemies of the Church.” What more could he say?

However, he did not say: all liberal Catholics are excommunicated, are outside the Church and it was necessary to refuse to give them Communion. No, he considered those men as “the worst enemies of the Church” and nevertheless he did not excommunicate them.

Pope St. Pius X, in his encyclical Pascendi Dominici gregis, passed just as severe a judgment on Modernism, describing it as “the synthesis of all heresies”. I do not know whether it is possible to pass a harsher judgment to condemn a movement! But he did not say that all modernists would be henceforth excommunicated, outside the Church and that it was necessary to refuse to give them Communion. He condemned a few of them.

And so I think that we, like these two popes, must judge them severely, but not necessarily consider them as being outside the Church. That is why I do not want to follow the “sedevacantists” who say: these are modernists; Modernism is the assembly of heresies; therefore modernists are heretics; therefore they are no longer in communion with the Church: therefore there is no pope now.... We cannot formulate a judgment with such a relentless logic. In this way of judging there is some passion and a bit of pride. Let us judge these men and their errors as the popes themselves did.

The pope is a modernist—that is certain, as are Cardinal Ratzinger and many men in their entourage. But let us judge them as Popes Pius IX and St. Pius X judged them.

That, incidentally, is why we continue to pray for the pope and to ask God to grant him the graces he needs to carry out his duties.

Q. Despite the [threat of] excommunication, you do not rule out the possibility of consecrating bishops.

A. At the moment the signs of Providence are leaning rather toward the necessity of performing that act. But we share the same point of view with Bishop de Castro Mayer: wait patiently a little more.

If I do it, I will not do it secretly. I will act along the lines that seem to me in keeping with God’s will.

Q. Aren’t you afraid that then many Catholics, frightened by the excommunication, might leave you?

A. It is possible that there may be a certain number of them. But many have understood the situation that prevails in Rome: on the one hand some are no longer Catholic, and on the other hand some are still Catholic. The people, though, have made their choice. They want to remain Catholic, with Our Lord Jesus Christ, and not to abandon the true Catholic Church. However it is absolutely not a question of forming a parallel Church, because we are a powerful branch of the Church, because we have been officially recognized as such, even though we were subsequently condemned unjustly and illegally.

In conclusion, His Excellency added:

“I do not think that is the Good Lord’s will that the Society should disappear, when He has bestowed so many graces and blessings on it. Now, if we stop ordaining priests, certainly those who are priests will continue to be priests, but doesn’t the Good Lord want more than that? Doesn’t He want this work to continue, to spread even more? I do not think that the Good Lord could have said until now, ‘Onward, march,’ and suddenly He should say: ‘Halt!’ When works are good, He wants them to continue.” 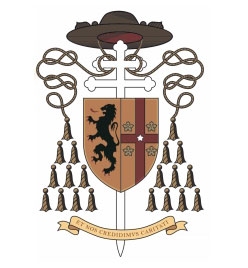 Documents related to the issue of the Episcopal Consecrations