On April 3, 1969, Pope Paul VI promulgated the Apostolic Constitution Missale Romanum which published two documents relating to the reform of the Mass ritual: the Institutio generalis Missalis Romani (General Instruction of the Roman Missal) and the Novus Ordo Missae. The Latin edition of the new Roman Missal was definitively published on May 11, 1970.

2. Our evaluation of the Novus Ordo Missae repeats the basic arguments of the Short Critical Study (also known as “The Ottaviani Intervention”) presented to Paul VI by Cardinals Ottaviani and Bacci. We note that the new rite “represents, both as a whole and in its details, a striking departure”[1] from the Catholic definition of the Mass, considered in its four causes:

This serious shortcoming prevents us from regarding this new rite as legitimate and even allows us to doubt the validity of the celebrations in more than one instance. Masses celebrated in conformity with the Novus Ordo are not only less good than those celebrated according to the traditional Ordo of St. Pius V; they are bad, because of the “departure” noted above.

In the questionnaire dated January 11-12, 1979, to the question posed by the Sacred Congregation for the Doctrine of the Faith:

Do you maintain that a faithful Catholic can think and affirm that a sacramental rite, in particular the rite of the Mass, approved and promulgated by the Supreme Pontiff may be not in conformity with the Catholic Faith or favens haeresim [promoting heresy]?”,

In itself this rite does not profess the Catholic Faith as clearly as the old Ordo Missae did and consequently it may promote heresy. But I do not know to whom it should be attributed, nor whether the pope is responsible for it. What is astonishing is that an Ordo Missae smacking of Protestantism and therefore favens haeresim could have been issued by the Roman Curia.”[2]

The problem with this New Mass

The Mass is a rite, in other words, a set of signs (gestures and words), each of which, though necessary, is not sufficient and must converge with all the other in order to assert doctrine. We object to the new rite, not for explicitly denying some point of doctrine, as a heretical proposition might do, but for having altered the set of all the signs that make up the rite, in such a way that it no longer asserts doctrine as adequately as it did in the past.

For example, in order to express adoration for the Real Presence, why were the 14 genuflections reduced to only 3? Within the context of a sacramental right, the eloquence of a sign or symbol is achieved by way of an adequate multiplication of gestures. On this symbolic level, the reduction of the number of genuflections within the context of the New Mass is tantamount to an omission, which obliterates the expression of the doctrine. All the more so because these 3 genuflections, at the places where they have been retained (2 after the elevation and no longer before it; 1 before the Communion of the faithful) present an equivocal meaning: it is no longer clear whether they express the real Eucharistic Presence in the strict sense, or the spiritual and mystical presence of Christ in the assembly, which is the result of the belief of the faithful.

All through this rite we criticize omissions by diminishment, which end up obscuring the expression of the Catholic Faith. Even though they may have recalled one or another point of the traditional doctrine, the subsequent Magisterial explanations (the Catechism of the Catholic Church [1992], the encyclical Ecclesia de eucharistia [2003], the Compendium of Catechism of the Catholic Church [2005], the post-synodal exhortation Sacramentum caritatis [2007]) could not be considered valid arguments justifying the New Mass, because despite everything it remains such as it is, as a rite signifying something, with its profound defects.

The codification of the rite of the Mass carried out by St. Pius V had had as its result the highlighting of those aspects of the Catholic Faith that were denied by the Protestant heresy but had already been made explicit by Tradition. The liturgical reform carried out by Paul VI had as its result the obscuring of those same aspects. The Missal of Paul VI therefore was not an improvement on the Missal of St. Pius V. It departed from it, in the sense in which it made obscure and ambiguous what the Missal of St. Pius V had clarified and made explicit. And if someone objects that the liturgical reform of Paul VI intended to clarify other aspects that had been left in obscurity until now, we reply that a new clarification cannot call into question a clarification already made.

The New Mass therefore is not good, inasmuch as it has been deprived of the clarifications necessary for a complete expression of the Catholic Faith. By reason of this intrinsic deficiency, it could not possibly be the object of a law which as such obliged the whole Church. Indeed, the purpose of liturgical law is to propose authoritatively the common good of the Church and everything required for it. Since it is the privation of that good, the New Mass of Paul VI could not be the object of a [liturgical] law; it is not only bad but also illegitimate, despite all the appearances of legality with which it has been and is still surrounded. 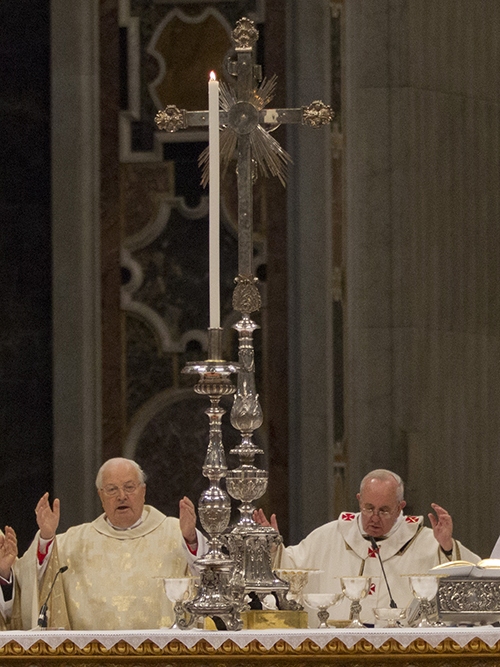 "The Novus Ordo represents, both as a whole and in its details, a striking departure from the Catholic theology of the Mass as it was formulated in Session XXII of the Council of Trent." Letter from Cardinal Ottaviani to His Holiness Pope Paul VI - September 25, 1969 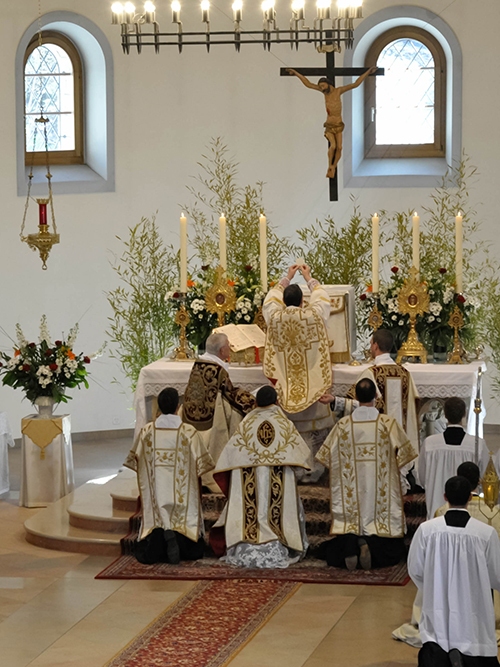 The Ottaviani Intervention: A Brief Critical Study of the New Order of Mass.

62 reasons why in conscience we cannot attend the New Mass