“The purpose of the Society is the priesthood and all that pertains to it and nothing but what concerns it”. This is how the Statutes define the Priestly Society of St. Pius X, in conformity with the wishes of its founder.

Archbishop Lefebvre was in fact convinced that the salvation of the world depended on the quality of the Catholic priesthood. When the priest is holy and well-instructed souls are saved. But if the priest is ignorant or mediocre the world sinks quickly into barbarity.

Throughout his whole live, Archbishop Lefebvre busied himself with the formation of priests and only with this aim in mind, despite being of a retiring age, he founded in 1970 the Society of St. Pius X. For 20 years he lived at the Econe seminary, engaging himself with the training of future priests, transmitting to them his love of the Church, his attachment to eternal Rome, mistress of wisdom and truth.

The archbishop founded several seminaries throughout the world; encouraged schools which were truly Catholic; answered the calls of the faithful, disorientated by the reforms of the Second Vatican Council and finally established the Society of St. Pius X across all the continents of the world.

To obtain this aim, of the restoration of the Catholic priesthood—and through which a Christian society can also be restored, the priests of the Society of St. Pius X are schooled in the traditional spirituality and the doctrines of St. Thomas Aquinas, the Common Doctor of the Church. The rules of the Society’s seminaries are conceived similar to the rule of a religious novitiate, with a major part of the day consecrated to prayer and silence, without neglecting fraternal charity, poverty and obedience.

Spirituality of the Mass

The Society does not have a particular spirituality, apart from the devotion towards the Holy Sacrifice of the Mass, the unbloody renewal of the Cross of Our Savior. All these treasures, transmitted by the Church’s Traditions, the Society does not want them only for itself. Its ambition is to share these treasures with all priests, who will always be welcomed and helped, and also to see the Church’s authorities distribute them throughout the world so as to “restore all things in Christ” (Eph. 1:10).

After the joys of his ordination, when the young priest takes up his new posting, assigned to him by his superiors, the Society also gives him the means necessary to keep and increase the gifts he has received. In particular through the community life in the priories, further training seminars, days of recollection, retreats preached or followed each year, missions, activities for young people, teaching in schools, chaplaincies to convents, and many other aspects to a rich and varied apostolate.

Undoubtedly trials will surely test him, as they did in the life of Jesus and his apostles: “the disciple is not above the Master” (Matt. 10:24). But God is faithful with his graces, and especially if the priest confides himself to the Blessed Virgin Mary, the Immaculate Conception, who presides, on December 8th each year, at the renewal of the engagements of all of its members. 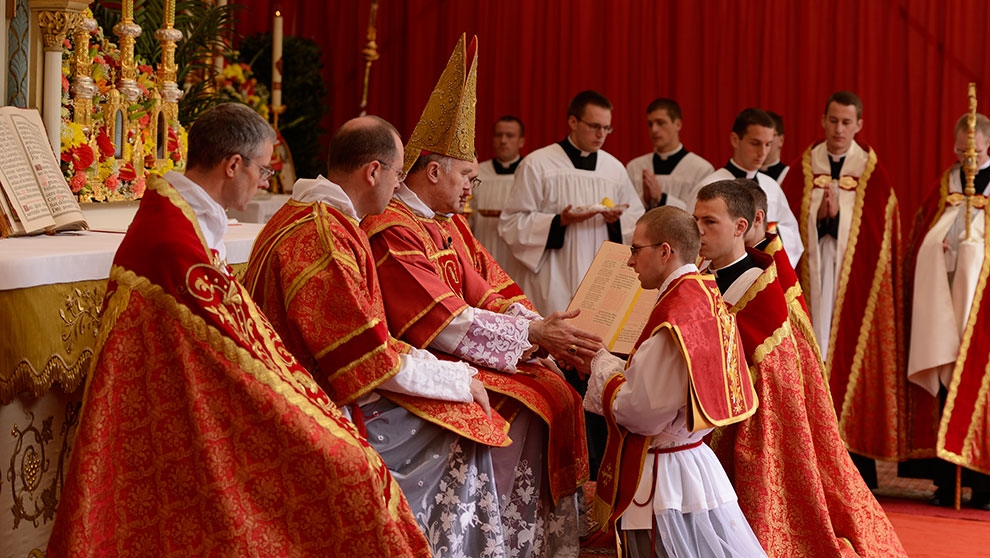 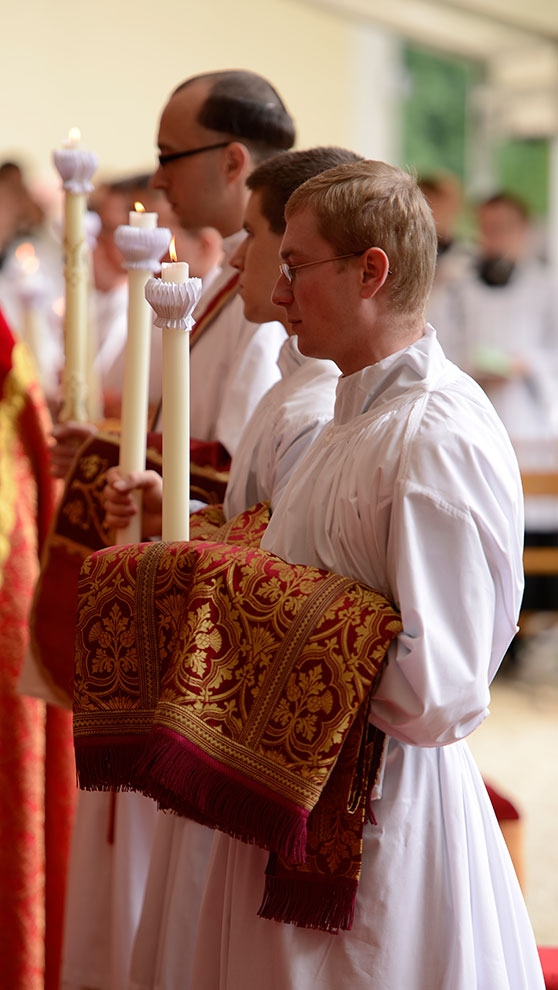