The function of the General Chapter of the Society is to elect every 12 years the Superior General and his two Assistants. Representing the entire institute, it is also entrusted with the charge of ensuring that the Society remains faithful to its Statutes and spirit; this is why any necessary update or modification of the constitutions must be ratified for its validity by the General Chapter.

In consideration of the Society’s development and the needs of the apostolate, it has become customary for the Superior General to convoke every six years a “chapter of affairs,” in order to treat the questions of major interest and to determine and approve norms for the entire institute.

Composed by the members of the General Chapter, who may be assisted by a small number of priests with expertise in the matters to be treated, the chapter of affairs is structured in commissions (seminaries, schools, apostolate, administration, liturgy, sanctification of the members, etc.) where the different subjects are discussed in depth. All the members of the Society are encouraged to send their suggestions and wishes, and particular attention is given to the study of each one of them. The work of the commissions is presented every day to the deliberation and eventual approval of the general assembly. The acts with the conclusions and decisions of the chapter of affairs are published and distributed to the members of the Society.

The Superior General may convoke as well for exceptional reasons an extraordinary meeting of the members of the General Chapter.

The General Chapter is comprised of the superior general, his two assistants, the bishops of the Society, the previous superior generals, the secretary general and general bursar, the seminary rectors, superiors of districts and autonomous houses, and a number of senior priests in the proportion of one third of the members ex officio. 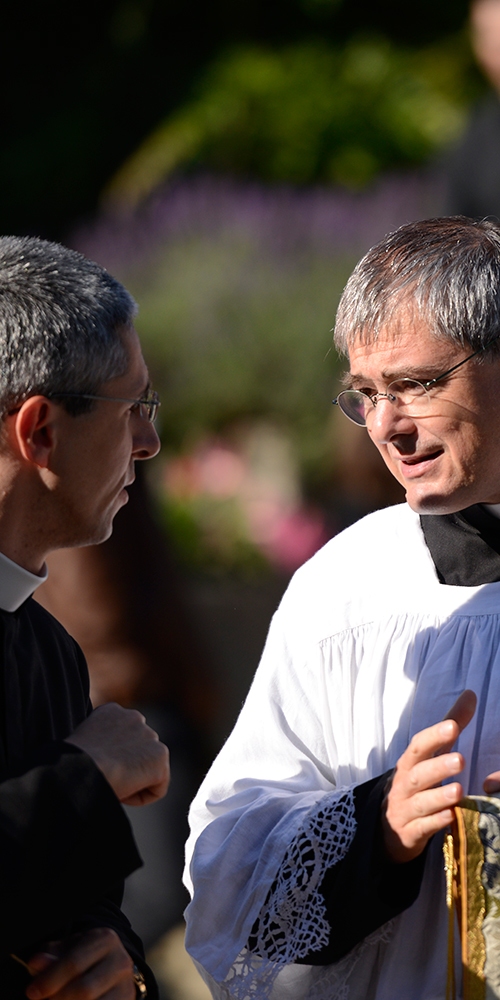